For Tressie, food brought people together and cured most ills. So, it was no surprise that Tressie’s kitchen was the central meeting place for the family in the Knotts household, and by far the most important room in the house. As with most traditional Southern cooks, Tressie took great pride in the dishes she served, and she was always especially proud to prepare the “favorites” for her family and special guests.

With this in mind, Tressie’s will seek to honor the memory of its namesake with a menu that brings back the good ole traditional Southern dishes that graced Tressie’s table for decades. Chef Matt Knotts, Tressie’s grandson, has identified several of Tressie’s “favorites,” preserved the original recipes (or unlocked her secrets), and, in some cases, added a modern culinary twist.

Chef Matt observed his grandmother at work in the kitchen when he was a boy, and as a result, he was inspired to pursue a career in the culinary arts. He received his formal training at the Culinary School of the Rockies in Boulder, Colorado and at the Culinary Institute of America in Hyde Park, New York. He has served in various positions at leading restaurants in Colorado and the Houston area for over 12 years, so he brings a wealth of experience and creativity to Tressie’s.

In addition to focusing on traditional Southern cuisine, Tressie’s will utilize fresh and healthy ingredients, sourced from local farms and markets to the greatest extent possible. Not only is this at the core of Chef Matt’s culinary philosophy, it was a central ingredient in Tressie’s cooking many years ago, as fresh and healthy local ingredients were used as much out of necessity than choice. 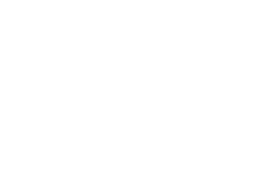